Summary of I’ll Give You The Sun

Jude and Noah Sweetwine, who are fraternal twins and best friends for life, have essentially been the same person for most of their lives.

They are approaching puberty and starting to drift apart at around 14 years old. That drift is a combination of hormones, sibling rivalry, and a gazillion other crazy things. They compete for their mother Dianna’s attention as they get ready to submit applications to a highly selective art school. 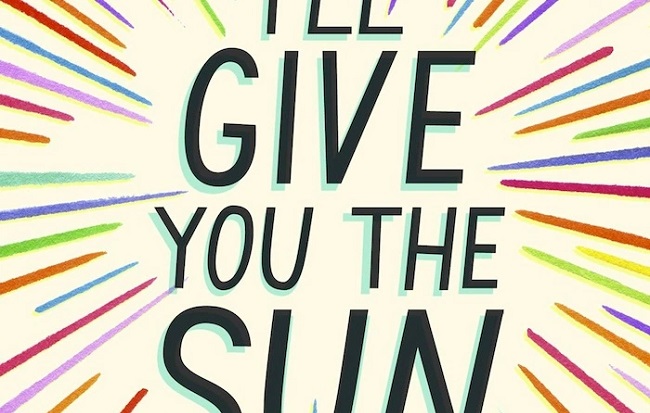 Noah and Jude are living mirror lives without even realising it. Noah proudly displays his identity as an artist while secretly harbouring feelings for Brian, the local hottie. Jude is open about her obsession with boys, but she is private about her art, which she never exhibits. (Noah, however, observes her.)

Noah monopolises his mother’s attention while making every effort to keep Dianna from learning about Jude’s amazing artwork. Jude manipulates a party game so that she gets to play “Seven Minutes in the Closet” with Brian as retaliation. Noah is unaware that nothing occurs until Brian, a student from a boarding school, plants one on his lips as he enters the house for winter break.

She Begun an Affair

Dianna has a lot going on in the background, which her family is unaware of. Since she and her husband Benjamin don’t get along, she’s begun an affair with Guillermo Garcia, a local sculptor (exotic, huh?).

Although Noah has noticed that she has been acting a little odd, he and his sister are still taken aback when Dianna informs them of her decision to leave their father.

On one particularly rainy day, all these unresolved issues, rifts, and small-scale conflicts are resolved.

Technically speaking, the chaos actually starts the day before when Dianna walks in on Noah and Brian making out. Because it was intrusive, Noah is rightfully horrified and, because he is gay, incorrectly embarrassed. Being a closet case, Brian freaks out and ends their relationship.

Okay. Returning to Doozy Day In the park, Noah sees his mother kissing Guillermo. When he sees Brian, who is with a girl that he has obviously just hooked up with, he runs away in a complete panic. He shouts out that Brian is gay and then quickly retracts his statement. It’s too late; their friendship, romance, or whatever else it was, has ended.

Mom reveals to Noah that she adores Guillermo and intends to separate from his father. She then gets into a heated argument before leaving to meet G. She is involved in a fatal car accident en route. Jude is having her first sexual encounter as her mother crashes her car. It doesn’t go well, I guess. (She never quite defines it as rape, but it is undoubtedly a dubious situation.) Even worse, when she returns home, she finds out that her mother has passed away.

Following Dianna’s passing, everyone does awful, stupid things. Guillermo is being yelled at by Noah, who then claims that his parents were going to reconcile. Jude decides not to mail Noah’s application to the art school and instead throws it in the trash.

Noah makes the decision to stop being Noah because he believes his application was turned down. With the exception of the persistent Lost Connections Internet posts he keeps leaving for Brian, he gives up his life, cuts his hair, and tries to act “normal.” God bless his soul.

Jude is kind of over being Jude as she deals with the traumas of her mother’s passing and her shady sexual experience. She starts wearing lumpy sweatshirts instead of form-fitting dresses and cuts her hair (must be a symbol).

Their father isn’t doing too well, and she and her brother hardly ever interact. Jude currently attends art school, but she is effectively failing. She seeks out a local stone mason because she believes that her deceased mother is damaging her sculptures. Guillermo Garcia, as you probably guessed. She desires to construct something that Dianna cannot destroy.

Guillermo begins working with Jude while neither person is aware of the other’s relationship to Dianna. In the meantime, Jude develops a sort of friendship with Oscar, the bad boy British character who is like Guillermo’s son.

Oscar is flirtatious, but he’s not one for commitment, and besides, Jude has vowed to avoid boys. She has managed to persuade herself that having sex was the reason her mother passed away.

Jude realises she must tell Noah and the art school about her betrayal as she uses her art to work through her problems. She has revealed to Noah about her internship with Guillermo in the interim. He fears Jude will realise it was “his fault” Dianna died. He’s terrified, gets wasted, and during a drinking game with friends, almost jumps off a cliff. He is saved by Jude and Oscar.

All of the secrets then start to come to light. Jude learns about their mother’s affair from Noah. Guillermo and Jude discover that they are both related to Dianna. He initially freaks out, but ultimately wants to keep working with Jude. Jude and Noah immediately make amends before going home to talk to their father, who is also feeling much better. Yay.

From that point on, everything has a happy ending. Even though Oscar and Jude have only been dating for, like, two days, they decide they are essentially in love. Brian, who is now out of the closet, is won back by Noah when he is accepted into art school.

Mr. Sweetwine goes on a date after purchasing a houseboat. Despite everything that has happened that has been hurtful, it appears that everyone is prepared to proceed.