FPS game stands for First-Person Shooter game. Are you aware of the fact that it was the year 1973 when the first-person shooter game was released for everyone? ‘Maze War’ was one of the earliest FPS games. The creator of this game was a student of high school who created this game during a work-study program by NASA. 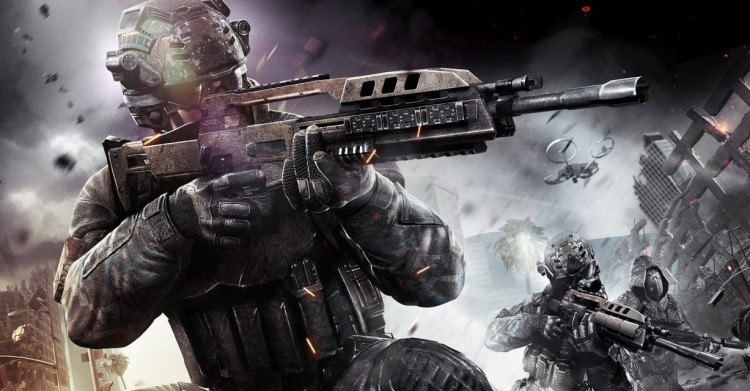 But there is no need to worry about this. As we have this list for you which contains a proper review of the best 5 FPS games which are all-time best games. So carry on to this article and check out this list and find out one game which you found to be perfect for you. Let’s get started.

Here, we have provided you a list of the top 5 FPS Games which are all-time best. As a gamer, you may be seeking the best FPS games. That’s why we have this kind of outstanding list for you.

Half-life is a PC game that was launched in 1998 who has won a lot of best gaming awards about more than 50 awards for best Game of the Year. It contains humans as enemies and fighting aliens and have various types of weapons. You will enjoy a very good real-like world in this game and have an outstanding throughout of storytelling.

This game includes solving many puzzles and most of them are based on the environment which is used to kill the enemy such as to create a valve into a hot steam spray for spraying it on enemies. It also contains some of the characters who are non-players like security guards and scientists so that to help players to search and reveal the areas of the game.

The Xbox version of Halo: Combat Evolved was launched in the year 2001. Users experience an outstanding environment in 3D quality. It provides aliens and humans as enemies and players. It provides various kinds of weapons to be used while in the game.

You are allowed to switch to the perspective of the third person while using vehicles in the game. You are independent to choose single-player or three other players for battle. After releasing the Xbox version, other versions of this game are also launched on Windows.

The PC version of Battlefield 2 was launched in the year 2005. This game allows to fight for the superpower of one military and to access the control on more than 30 vehicles. You are allowed to make an entry in the action on the front line and to increase your current rank.

You are provided with various weapons that are able to fire even when there is any barrier in between the target. By crossing various levels, you get more weapons by unlocking them and you get medals and many more for your success and achievements.

The PC version of Half-life 2 was launched in 2004. With the launch of this game, users get a wonderful transformation of the shooter and its settings are provided with a sensor of adventure which is very powerful. All these features made Half-life 2 the best and powerful FPS game.

This game has won about 39 awards for the best Game of the Year. In this game, the player’s presence affects certain factors and the physical environment of the game like emotions and behavior of enemies. You are provided with many storytellings, puzzles, shootings, and many other features such as games based on physical aspects. This game is also compatible with PS3 and Xbox 360.

The first version of Call of Duty: Modern Welfare 2 for PS3 was launched in the year 2009. It comes with a lot of new upgrades and customization which allows you to have a face-off against a lot of new threat and it lets you use many new weapons which are available for players.

It has been upgraded to a newly featured gameplay mode which allows and supports online co-operative play of 2 players. Some of the missions have some favorite features from the game Call of Duty 4: Modern Warfare and it also provides a lot of newly featured missions are also involved in it so that you can fully enjoy this game.

This article provides you a list of the best 5 FPS games for game lovers. All these games are handpicked and have made a place in this list according to reviews, reports, and on the basis of personal experience. Check out this article to choose the FPS game from this list.