Billie Eilish, a singer-songwriter and alternative pop star, makes her Disney+ debut while promoting her most recent album in her hometown.

Eilish’s entire “Happier Than Ever” performance is staged at the Hollywood Bowl in Los Angeles, with sweeping views of the area where she was born and raised. Despite the grandeur of the venue, she keeps her performances informal and straightforward, allowing her music and inherent charm to stand out. 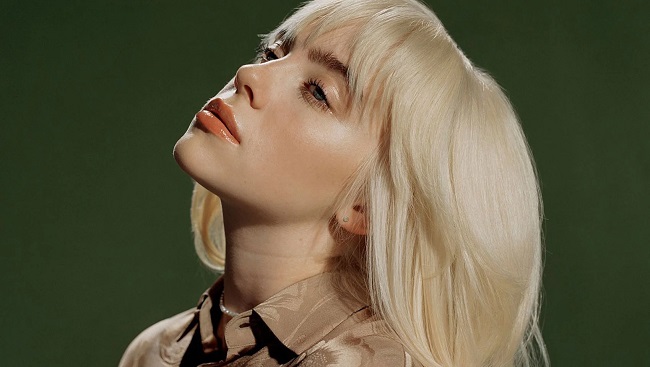 On July 30, Eilish released her sophomore album “Happier Than Ever,” and on September 3 the concert film “Happier Than Ever: A Love Letter to Los Angeles” was made available on Disney+. Her most recent hits, including “NDA” and “Billie Bossa Nova,” are featured in the whimsical performance.

With the Los Angeles Philharmonic, the Los Angeles Children’s Chorus, and her brother, producer Finneas, on board, the song “Happier Than Ever” gains a more expansive sound while retaining its cohesive mix of love ballads, pop-punk anthems, and bossa nova-inspired tracks.

This recorded concert experience differs from others in a few key ways. The show doesn’t try to replicate the flow of a live concert despite being recorded in front of an empty amphitheatre (a sombre nod to the pandemic’s continuing effects).

Instead, after almost every track, Eilish’s animated avatar, which was inspired by Disney’s “Who Framed Roger Rabbit,” appears as she cruises through and takes in the streets of her cherished City of Angels. The intimate cinematography, which frequently features close-up shots of her performing, and the meticulous choreography make the movie seem more like an extended music video overall.

She introduces the album using interesting lighting setups, giving each song on the album a different hue. The background for “Getting Older” is a sea of blue twinkles, while the fast-paced “Oxytocin” is performed to a sea of red strobe lights. The immersive visuals capture the various tones of each song, possibly as a result of Eilish’s synesthesia, and create an appealing aesthetic to hold viewers’ interest.

The Los Angeles Children’s Chorus excels in the harmonious choral introduction to “GOLDWING,” which features a hazy view of the Hollywood sign mounted across the city.

Eilish, a former member of the choir, explains how the song was inspired by her time spent with them. With a passage from Holst’s “Hymn to Vena,” a song she performed as a child, it is clear what kind of music it was inspired by.

The Los Angeles Philharmonic enlarges Eilish’s musical arrangements to fit the high stage of the amphitheatre without drowning out her hushed vocals. The symphonically resonant romantic brass and strings in “Halley’s Comet” give the artist’s original version a slightly different feel.

Any Eilish fan knows that recent changes to her haven’t just been to her hair and wardrobe. The singer’s tone has changed with this album, both sonically and emotionally. Her most recent work demonstrates personal maturity and her pursuit of happiness, in contrast to her earlier releases, which painted her as a depressed and angsty teenager.

This brings to mind Lorde’s development; after her brooding debut album “Pure Heroine” went viral when she was 16 years old, the alternative pop star also spent her teenage years in the spotlight. She adopted a happier, more upbeat tone in her most recent album, “Solar Power,” much like Eilish did in “Happier Than Ever.”

Eilish Return to the Stage

The most endearing aspect of Eilish’s return to the stage was probably her rendition of the song’s title from her breakout album, “Happier Than Ever.” We see Eilish in the spotlight as she performs it. As the animated Billie makes her appearance to observe herself, an angelic glow illuminates her platinum blonde hair. The song’s and album’s overall theme—the pursuit of happiness—is creatively acknowledged by Eilish’s subtle nod and smile to her alter ego, even though it may sound a little corny.

Fans are fortunate to still be able to interact with their favourite musicians in more inventive ways than ever before, even in the midst of the hoped-for return of live performances. The ability to stream Eilish’s performance gives more people the chance to enjoy her music at home and inspires them to attend live performances again. Disney+ has even added an animated Billie avatar to their collection in order to capitalise on the new concert film, giving fans yet another reason to celebrate the debut of her concert movie.

The song “Happier Than Ever: A Love Letter to Los Angeles” offers a perceptive look into Eilish’s current mindset. She is putting her pleasure first at the young age of 19, as expressed in the song’s lyrics, “Getting Older.” She might not be the happiest she’s ever been, but she’s undoubtedly getting there.