Zaporizhzhia Nuclear Power Plant, situated on the Dnipro River, is among the top 10 largest nuclear complexes in the world. Since March, when Russian military took control of the site, personnel from Ukraine’s national nuclear corporation Energoatom have continued to run the facility.

Last week, Energoatom said that Russian forces were planning to connect the plant to Crimea, which Russia annexed in 2014, and were causing damage to the plant by reorienting its energy production. 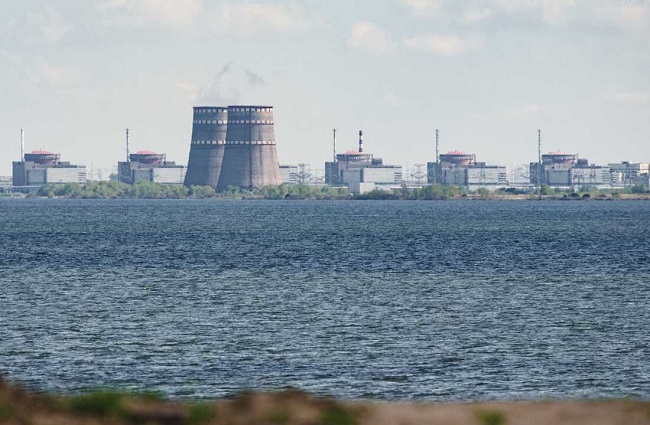 Six of Ukraine’s fifteen reactors are located at this plant roughly 200 kilometres from the Crimean peninsula; the plant can provide electricity to 4 million homes.

Where Do Things Stand Right Now?

According to Energoatom of Ukraine earlier this month, just two of the plant’s six reactors are really in use at any given time. The International Atomic Energy Agency (IAEA) claims it has not been able to inspect the plant since the outbreak of hostilities, although it has established that two reactors are currently wired to the power grid.

Three power lines at the facility were reportedly destroyed, and Ukraine said that “the plant is running with only one production line, which is extremely dangerous.”

Russia has been accused of using the nuclear plant as cover for the deployment of 500 soldiers and the placement of rocket launchers in the vicinity. Military trucks were reportedly seen within the site in recent footage published by investigative journalists.

In a statement released on Friday, Vladimir Rogov, a member of the pro-Russian regional administration, stated that the facility has had to cut production and might be mothballed if bombardment continues.

Rogov reported on the same day that a rocket fired from Ukraine landed just 10 metres away from the nuclear waste storage, but that the facility escaped major damage.

The Russian-installed authorities offered a ceasefire on Monday.

When a Nuclear Disaster Occurs, What would it Look Like?

The scenario in Zaporizhzhia has evoked memories of the Chernobyl nuclear disaster, which occurred in Soviet Ukraine in 1986 and resulted in the deaths of hundreds of people and the poisoning of much of Europe with radioactive materials.

Experts in the field of nuclear energy have issued similar warnings, stressing that any nuclear event would have far-reaching consequences for more than simply Ukraine.

A radioactive waste safety expert at the Russian Social-Ecological Union, Andrei Ozharovsky, has warned that the fighting has the potential to damage essential infrastructure like the reactors.

He warned that the reactor pressure vessel may explode if the primary circuit of the nuclear power plant were disrupted by an external force, such as a deliberate or accidental missile strike.

Even if the reactor were destroyed on purpose, Zhuikov added, “it would be very difficult since it would require numerous hits at the same area, but even then, the size of the tragedy would be different.”

Does the Facility House any Radioactive Waste?

Indeed, and therein lies yet another danger. Experts warn that a massive leak may occur if shelling were to hit the radioactive waste housed at the Zaporizhzhia plant.

According to Ozharovsky, “[nuclear] pollution could spread through air and water if missile strikes target the nuclear waste storage.”

Ukraine issued a warning earlier this month saying the plant houses 1,200 tonnes of nuclear material and that “contamination [in the event of an accident] might be extremely high.”