The latest work by Nathaniel Philbrick, titled Valiant Ambition: George Washington, Benedict Arnold, and the Fate of the American Revolution, is a superbly written and researched essay about two of the most important figures in American founding: the country’s greatest hero and its worst traitor. 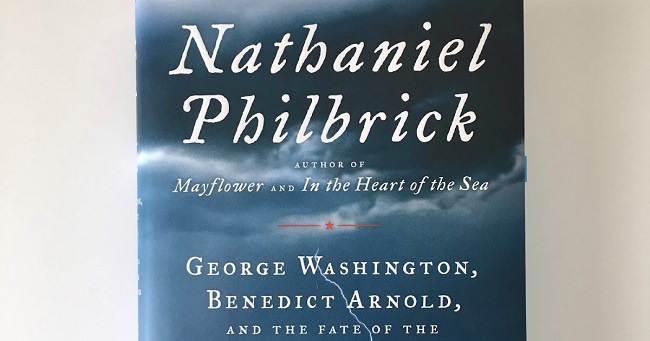 Valiant Ambition: George Washington, Benedict Arnold, And The Fate of The American Revolution

Previous to this, I had read In the Heart of the Sea, a nonfiction account of the loss of the whaleship Essex and the subsequent struggle for survival among its crew, and admired Philbrick’s talent for chronicling history (read my review here). To say that I was intrigued by his most recent book would be an understatement.

Living in close proximity to many landmarks associated with the American Revolution gave me a basic grounding in George Washington’s life and achievements.

It wasn’t the first time I’d been to Philadelphia; I’d been there several times, seen the Liberty Bell, and toured Independence Hall and spent considerable time at Valley Forge. Even though Benedict Arnold is widely recognised as the greatest traitor, I never felt like I had a firm grasp on any other details regarding his life.

My understanding of both of these men was much expanded after reading Philbrick’s book. Philbrick’s narrative goes beyond a simple lesson in history, and I found myself able to visualise Washington and Arnold as three-dimensional, nuanced people who played important parts in the establishment of our nation.

George Washington, as represented in Valiant Ambition, was a guy who developed into a hero. He was talented as a leader and willing to put in long hours, but he was also committed to the success of the revolution and eager to learn from his mistakes.

Washington’s momentous crossing of the Delaware, the brutal winter, the fight at Valley Forge, and Washington’s ultimate victory are all described in detail by Philbrick.

However, during these events, he had placed his trust in a man by the name of Benedict Arnold, and only treason stood between them. Reading this book taught me a lot about Washington that I didn’t know before, especially about his incredible equestrian abilities.

The book’s most important contribution is undoubtedly its fascinating portrait of the future traitor Benedict Arnold. Arnold wasn’t just some ordinary soldier who suddenly decided to betray his nation.

Instead, Arnold was a hero who knowingly sold West Point to the British and betrayed his country for money and infamy, and it is this contradiction that makes Arnold such a compelling subject for Philbrick’s study.