Samsung had gone ahead and given us a new little projector that can be portable and provide us with the use of it anywhere that we want. This new projector had been announced just this Tuesday, and many of the people who watched the announcement is already in love with it.

The Freestyle (yes, that what they had named it and decided to call it) weighs less than 2 pounds. That means that this one is very small and can be carried around if you want. It is highly portable, and it is said to come along with a 180-degree cradle stand. The cradle stand is useful, and the projector is powerful since it can project the content anywhere. It can be on walls, on a screen, or somewhere else. 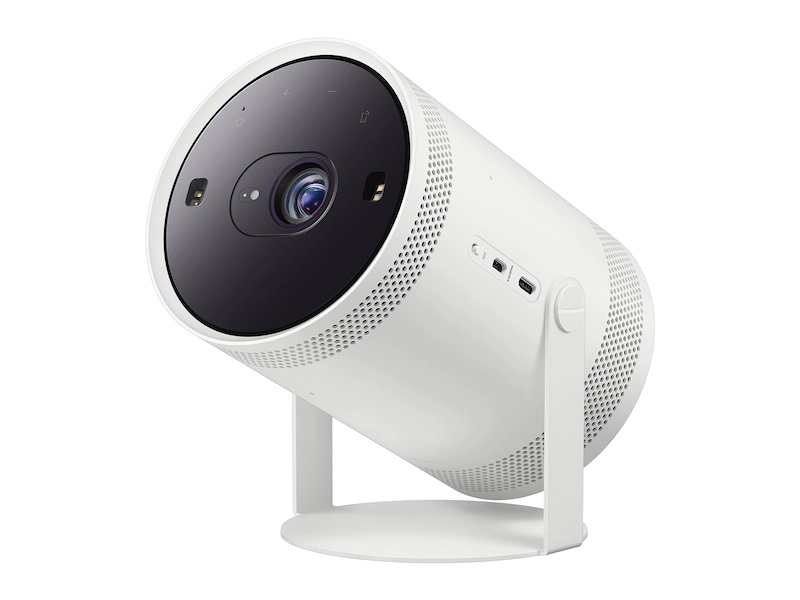 It also has a 1080p resolution. That not being enough they have made it even more alluring by adding in autofocus and auto-leveling. That means you can get a clear projection on any surface. The sound system is also well made and it can even play music. It also has access to the Samsung Smart TV so they are connected. Good news!

Now you will be able to watch Netflix at any time. The cost of this projector is not so small as it is going to cost 899 dollars in the United States. They are also available now for pre-order. If you want to buy one then go ahead and check the Samsung website. You can place your pre-order for the projector online.

The additional fact is that Samsung is offering a lot of accessories to go with this device. It is having lens caps and a waterproof case in case you are planning to use it outside. There are several other accessories too that can make this experience even better.