“The next time you walk outside on a clear night and see the moon shining down at you, think of Neil Armstrong and give him a wink,” they wrote to fans of the first man to walk on the moon.

The family’s reaction to his death at age 82, though, was much more heated behind closed doors. His two kids claimed that Armstrong’s life was cut tragically short due to subpar postoperative care at Mercy Health – Fairfield Hospital, and that a single expert hired by the hospital would confirm their claims. 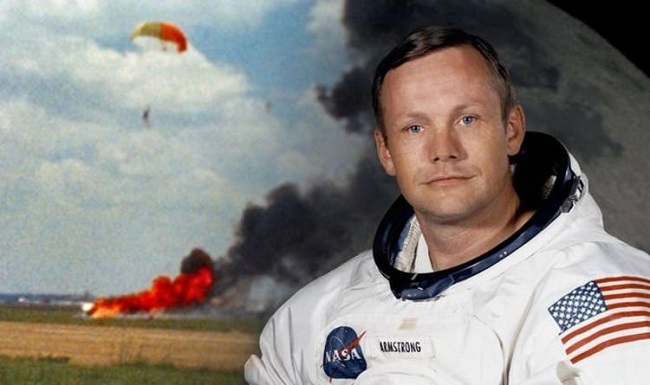 Hospital officials publicly defended their actions, but they ultimately paid the family $6 million to end the matter behind closed doors and prevent negative publicity. The hospital was adamant that the allegations and the compensation be kept under wraps.

Armstrong’s wife informed The Associated Press that he was “amazingly resilient” and walking in the corridor after his bypass operation in early August 2012. His death on August 25th was the consequence of a chain reaction that began when nurses pulled the wires from a temporary pacemaker, which caused him to bleed into the membrane surrounding the heart.

Wendy R. Armstrong, an attorney and Armstrong’s wife, sent a scathing email to the hospital’s lawyers in July 2014, noting that Armstrong’s son Mark and Rick will shortly be coming to Florida to speak at a ceremony commemorating the 45th anniversary of the first moon landing.

Wendy Armstrong predicted widespread media attention for the Kennedy Space Center event. Authors and filmmakers have approached Rick and Mark asking for “knowledge on Neil that no one already knows.” The lawyer implied that the hospital might face public criticism for providing negligent care to one of the most well-known and respected persons in the United States if a settlement was not struck quickly.

Days after the 50th anniversary of Armstrong’s moonwalk prompted a flood of nostalgic media commemorating his feat, news of the medical debate and secret settlement emerged.

The information included within the envelope was sent with the unsigned note’s sincere wish that it will help save the lives of others.

Even though Armstrong never sought the spotlight or capitalised on his fame, the legal settlement adds a sombre tone to his otherwise uplifting career. It also serves as an example of the controversial but widespread use of confidential settlements in medical malpractice and other liability matters. It demonstrates how a person of Armstrong’s great fame can be used as bargaining leverage.

In a document filed in probate court in Hamilton County, Ohio, where Armstrong resided, attorney Bertha G. Helmick, who was representing Armstrong’s grandchildren in the secret proceedings, painted a vivid picture of what was at risk for the hospital. Thanks for reading our article Neil Armstrong’s Death And a Stormy Secret $6 Million Settlement.