New books written and illustrated by a diverse group of up-and-coming authors and artists will feature sketches of fantastical creatures by Dr. Seuss that have never before been published, the organisation that owns the intellectual property rights to Dr. Seuss’ works announced Wednesday. 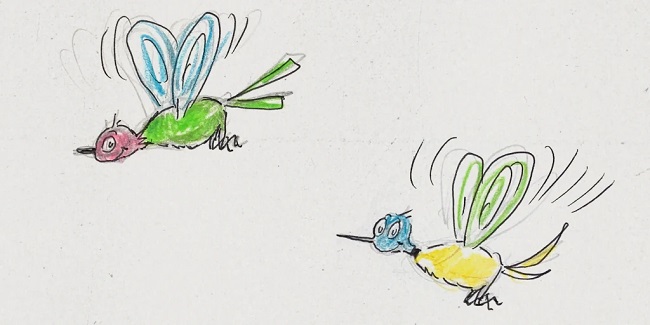 According to a statement released by Dr. Seuss Enterprises on the late author’s birthday, the new line of books will feature original stories based on previously unpublished illustrations chosen from the author’s archives at the University of California San Diego.

The announcement comes exactly one year after the company established by the family of Dr. Seuss, whose real name was Theodor Seuss Geisel, announced that it would stop publishing six Dr. Seuss books because they contain offensive and racist images. This move drew both criticism and support.

An Asian person wearing a conical hat, using chopsticks, and eating from a bowl is portrayed in “And to Think That I Saw It on Mulberry Street.” In the illustration for “If I Ran the Zoo,” two barefooted African men with their hair tied above their heads are depicted. “McElligot’s Pool,” “On Beyond Zebra!” “Scrambled Eggs Super!” and “The Cat’s Quizer” were the other books impacted.

According to Dr. Seuss Enterprises, the new authors and illustrators will represent a wide range of ethnic backgrounds in order to speak for as many families as possible. A spokesperson for the company stated that officials were not available for comment.

Susan Brandt, president and chief executive officer of Dr. Seuss Enterprises, said in a statement: “We look forward to highlighting a new generation of talent who we know will bring their distinctive voices and styles to the page, while also drawing inspiration from the creativity and imagination of Dr. Seuss.”

Readers between the ages of 4 and 8 will be the target audience for the books, which are produced by Random House Children’s Books under the Seuss Studios banner.

The San Diego-based company said that each of the new Seuss Studios books will feature the original Dr. Seuss sketch that served as its inspiration, as well as a note from the authors outlining their inspiration and creative process.

A cat-like creature with enormous ears and a number of vibrant hummingbirds with sharp beaks are among the pictures.

The objective, according to the business, is to carry on Geisel’s legacy of inspiring young readers and assisting authors and artists in the early stages of their publishing careers, which began in 1957 with the establishment of Random House’s Beginner Books imprint.

Because contracts are still being worked out, Dr. Seuss Enterprises has not yet revealed the authors and illustrators who will contribute to the new books.

The aim is to publish at least two new books per year, with the first of the new books expected to hit shelves the following year.

More than 30 years after Geisel’s passing in 1991, Dr. Seuss books like “Green Eggs and Ham” and “The Cat in the Hat” are still read and beloved.

According to Forbes, he made an estimated $35 million in 2021, ranking him as the fifth highest paid deceased celebrity of the year. The order is Roald Dahl at the top, then Prince, Michael Jackson, and Charles Schulz.

With $33 million in earnings in 2020, Geisel, who was born and raised in Springfield, Massachusetts, was ranked second. His books are available in more than 100 countries and have been translated into dozens of languages, including Braille.