Seven years ago, when Marilyn Mosby was sworn in as state’s attorney of Baltimore, she was the pioneer of a new generation of liberal law enforcers. Perhaps she will be the pioneer in taking an early retirement, perhaps to a federal penitentiary.

Perjury charges were brought against Mosby by the Department of Justice last week. While trying to make a quick buck in real estate in 2020, she allegedly made false statements on key documents in order to avoid penalties and taxes on withdrawals from her retirement accounts by claiming economic hardship related to Covid, despite not actually suffering any layoffs or reductions in her $248,000 annual salary. 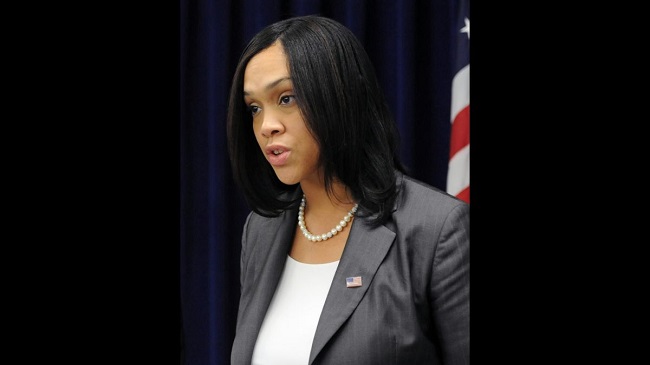 Finally, she mortgaged two Florida houses without disclosing a federal tax lien, resulting in a $151,000 loss on one of them.

After bringing criminal charges against six police officers (of whom none were convicted) for the killing of Freddie Gray in 2015, Mosby drew national notoriety and has subsequently been in ethical hot water. The tax lien she was hit with was because of overdue payments from 2014–2016.

She spent 144 workdays of 2018 and 2019 on the road, visiting places like Kenya, Scotland, Portugal, and Germany on the money of various advocacy groups. She may have also broken election law by using campaign cash to pay her defence attorneys and by failing to disclose some side businesses on ethics filings.

Even if Mosby is exonerated of the federal charges, he may still face serious opposition in the primary election scheduled for June. She has presided over a seven-year experiment in de-policing, non-prosecution, and de-carceration, during which time Baltimore’s crime rate has steadily risen.

These tragic losses are not dispersed fairly across demographic categories including ethnicity, gender, and age. Even though they only make up 8% of the city’s population, black males between the ages of 18 and 35 account for 46% of all homicide victims in Baltimore last year.

The independent investigation team released their report on the long history of corruption within the Baltimore Police Department on the same day that Mosby was arrested.

More than twenty city employees, including the directors of transportation and human resources as well as the retirement system, have been criminally charged or forced to quit for ethical violations since 2018, when the city’s Office of the Inspector General became independent of the mayor.