IN CLEVELAND While he was waiting to meet friends at the season’s opening home game on Friday, Bill Boldin, a Cleveland Indians Major League Baseball fan for the majority of his 52 years, conducted an informal poll. Guardians of Cleveland. 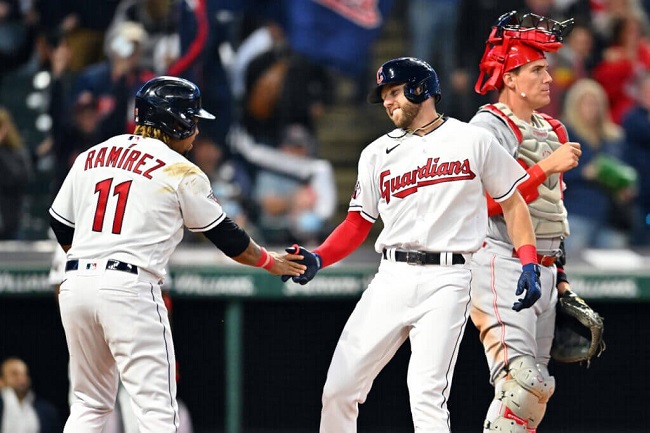 As other Cleveland supporters walked through the city’s centre, Boldin counted the team names on their jerseys. Before even noticing a jersey bearing the team’s new name, the Guardians, he had already counted 38 that bore the word “Indians,” the team’s previous moniker. It was an illegitimate data set with an extremely lopsided ratio, but this was not surprising.

Boldin Added “And I hope it Stays that way Forever”

Boldin’s opinions reflect the diversity of Cleveland supporters, many of whom fiercely disagreed with the team’s decision to change its name in 2020 after 107 years. After decades of opposition from Native American organisations and others who claim the previous name was racist, the decision was made.

The newly renamed Cleveland Guardians played their first home game on Friday. The name change was motivated in part by the Guardians of Traffic statues on the Hope Memorial Bridge near Progressive Field, where the team plays.

This season, the group had already participated in six games for the Guardians, all of which were away from home. The first chance for home supporters to come together and show their allegiance was on Friday.

Owner of a Computer Store

Bob Hostutler, owner of a computer store in Willoughby, Ohio, sported a hat featuring Chief Wahoo, the infamous old logo of a smiling cartoon Native American, and a crisp white jersey bearing the team’s previous name. When the franchise started a phased process to distance itself from dated images and nicknames in 2019, this cartoon, which was adored by some but thought to be egregiously offensive by others, was taken off team uniforms.

Hostutler vowed he would never pay to see the Guardians in the days following the team’s announcement that it would drop its century-old name because he was so incensed by the choice. But he chose to go when his brother gave him a ticket for the game on Friday. Then, as part of a giveaway at a pre-game event on Friday afternoon, he was given a Guardians t-shirt. He took the shirt but intended to give it to someone else.

A season that was uncertain is now fully underway.

He declared, “I’ll never wear it.”

For many years, ceremonial flyovers and first pitches on Opening Day in Cleveland were just as common as team name protests. With signs demanding the team change its name, protesters gathered in the streets near the stadium. On several occasions, fans entering the stadium hurled insults at them.

However, on Friday there were no protests, save for a man walking around with an American flag who called for world peace and another man a few blocks away who advocated for religious piety.

Clothing bearing the word “Indians” and caps with images of Chief Wahoo are the new manifestations of protest.