As a result of the global oil crisis precipitated by Russia’s invasion of Ukraine, President Biden is seriously considering backing down on his campaign promise to make Saudi Arabia’s Crown Prince, Mohammed bin Salman, a pariah in the United States. This was the punishment he gave to the de facto ruler of the kingdom for his role in the murder of Saudi journalist Jamal Khashoggi in 2018. Khashoggi had become his most vocal critic after becoming a global opinion columnist for The Washington Post. 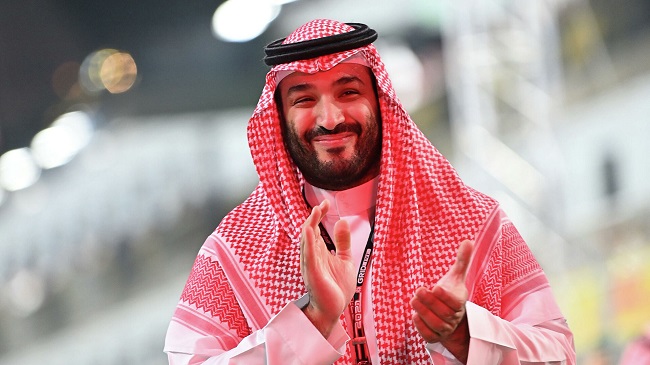 The realpolitik of raising gas costs before the November congressional elections and the urgency to wean Western Europe off dependence on Russian oil and gas pits Biden’s commitment to promote democracy and resisting the rising tide of despotism against each other.

There is only one country with the resources to make a significant difference in the price of gasoline for American consumers, and Saudi Arabia, with its two million barrels per day of reserve oil production capability, is that country. Plus, the monarchy is increasing output by a million barrels per day, which is more than a third of Russia’s existing shipments to Western Europe, which the Biden administration is attempting to halt.

Biden Should Think Long and Hard About It

Biden should think long and hard about what the crown prince, also referred to as “MBS,” would be willing or capable of offering in exchange for ending his “pariah policy.” Even after 15 months in office, he has yet to make contact with the crown prince by phone or nominate a new U.S. ambassador to the kingdom.

He needs to think about how accepting the crown prince would affect his reputation and the success of his plans. To do so would be inconsistent with his stated goal of supporting democracy and human rights around the world and would give the impression that he is accepting MBS’ increasingly autocratic reign. It could also further involve his administration in the Saudi–Iranian competition for regional preeminence.

It may be beneficial to pay these prices. It would be ideal if MBS agreed to greatly increase oil production, end the war in Yemen, recognise Israel, and be willing to make concessions to Iran. This day’s big question is whether or not MBS can or will alter his stance on any of these critical topics.

When it comes to the first point, Saudi Arabia hasn’t shown any signs of wanting to break the deal the OPEC countries made with Russia and nine other non-OPEC producers to increase production by no more than 400,000 barrels per day each month. The survival of this position hinges heavily on MBS and Russian President Vladimir Putin, the respective heads of these two factions. They have apparently decided to take advantage of the current supply scarcity to keep prices as high as possible.

The Yemeni civil war, which has now lasted seven years, is a heavy burden. There is little hope for MBS to be able to take that weight off his shoulders. Multiple attempts at diplomatic resolution by the United Nations and the United States have failed. The Houthi rebels, who are backed by Iran, would take control of Sanaa and the rest of northern Yemen if Saudi Arabia withdrew unilaterally. That meant Iran’s presence in Yemen would be permanent. The crown prince cannot bear the thought of this.

Vice President Biden has vowed to do all in his power to prevent Iran from developing a nuclear weapon, and he has increased American funding for Saudi Arabia’s missile defence system to counter Iranian missiles. But he hasn’t even suggested that the US would strike back if Iran launches missiles against the monarchy again.

It’s clear that there is zero chance of reconciliation between these two leaders, given that they refuse to even communicate with one another. Still, whether or not realpolitik could break their impasse is open to debate. Neither party appears to have enough to offer in the way of tangibles to make even a purely transactional agreement appealing.