ALL THE INFORMATION YOU NEED TO KNOW PRIOR TO VIEWING “SPIDER-MAN: NO WAY HOME”

I’m sure you’ve heard about the newest entry in the Marvel Cinematic Universe unless you’ve been living under a rock.

One of the most anticipated movies of the year is Jon Watts’ Spider-Man: No Way Home, starring Tom Holland, Zendaya, and Benedict Cumberbatch. The movie was just released on December 17 and has already grossed more than $601 million! Although the movie is currently playing in theatres, I urge you to read this article until the end so I can tell you which movies you absolutely must watch before going to the theatre. 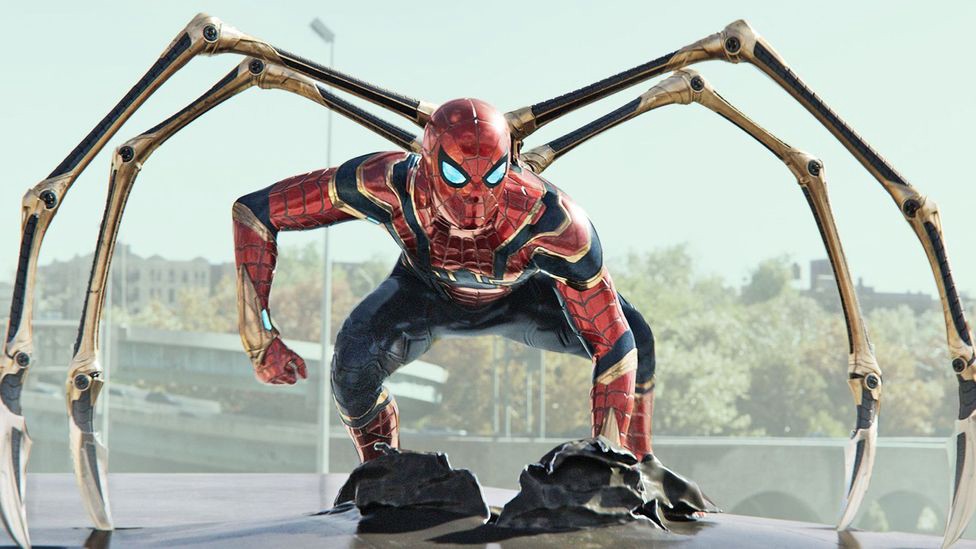 Some familiar faces from the Tobey McGuire-starring Spider-Man franchise can be seen in the trailer for Spider-Man: No Way Home. Among these antagonists are the Green Goblin (Willem Dafoe), Dr. Otto Ocatvious (Alfred Molina), and Sandman (played by Thomas Haden Church). You simply must be familiar with these villains in order to fully appreciate the new movie!

Sam Raimi’s Spider-Man, which debuted on May 3, 2002 and stars Tobey McGuire, Kirsten Dunst, and James Franco, is the first movie you need to see.

In addition to being essential viewing for understanding No Way Home, this movie is also incredibly fun to watch. The main character of the movie is Peter Parker (Mcguire), who is given superhuman abilities after being bitten by a spider with altered genetics. Parker adopts the Spider-Man persona, but the Green Goblin is the main antagonist of the movie (Dafoe). Right now, you can watch Spider-Man on Hulu or Amazon Prime.

The second movie you have to see is Spider-Man 2, directed by Sam Raimi and released on June 30, 2004. It is the second entry in McGuire’s trilogy.

Dr. Otto Octavius (Molina) turns into Parker’s main adversary throughout the movie as a result of a failed nuclear fusion experiment that results in the death of his wife, brain damage, and transformation into a deadly cyborg with tentacles. Hulu and Amazon Prime offer streaming versions of Spider-Man 2.

The third and final instalment in Sam Raimi’s trilogy, Spider-Man 3, was made available on May 4, 2007. In this movie, Peter Parker and Mary Jane (Dunst), his love interest, are finally on the path to happiness, but things quickly change when two new villains show up and cause a stir. Venom and Sandman attempt to dismantle everything Parker has created for himself. Hulu and Amazon Prime are now streaming Spider-Man 3.

The Amazing Spider-Man, directed by Marc Webb and starring Andrew Garfield, Emma Stone, and Rhys Ifans, is the fourth movie you should see.

In this movie, Peter Parker (Garfield) battles his feelings for Gwen Stacy, his parents’ abandonment, and his uncle Ben’s passing (Stone). All of this causes him to learn the truth about his parents, which brings him into conflict with Dr. Curt Connors (Ifans), his father’s former working partner who has transformed himself into a dangerous lizard. Amazon Prime and Vudu both currently offer The Amazing Spider-Man for streaming.

The Amazing Spider-Man 2, directed by Marc Webb, came out on May 2, 2014. With Electro, Parker engages in his toughest conflict to date in this movie (Foxx). Max Dillion, better known by his stage name Electro, was a normal Spider-Man fan who worked at OSCORP before accidentally stepping into a pool of electric eels, which transformed him into a formidable foe. Hulu and Amazon Prime are now streaming The Amazing Spider-Man 2.

Once you’ve seen all of Garfield’s movies, it’s time to catch up with Tom Holland, our current Spider-Man! You should rewatch Holland’s Spider-two Man’s stand-alone Spider-Man movies before seeing No Way Home, despite the fact that he has made numerous additional appearances throughout the MCU.

Spider-Man: Homecoming, directed by Jon Watts and starring Tom Holland, Zendaya, and Robert Downey Jr., is the sixth movie you must see. In this movie, Peter Parker (Holland) struggles to balance being an Avenger and high school.

Parker battles the bad guy Vulture, who steals supplies from the Department of Damage Control to assemble lethal weapons. Now available for streaming on Vudu and Amazon Prime is Spider-Man: Homecoming.

The seventh and final movie you must see is Spider-Man: Far From Home, directed by Jon Watts and released on July 2, 2019. After the five-year gap, Peter Parker travels to Europe with his class, where his trip is changed when Nick Fury chooses to enlist him and the superhero Mysterio for a mission. Say Mysterio (Jake Gyllenhaal) proves to be a less than ideal character.

Congrats! You’re ready to see Spider-Man: No way Home after seven films! I watched them all in one sitting before seeing No Way Home, and I assure you that it was worth it. It’s time to review your Spider-Man knowledge! P.S. Bring tissues; you’re going to need them in the theatre!