He welcomes them into the twenty-first century by examining how we might understand Thoreau’s ideas in the chaotic, rapidly evolving world of today. 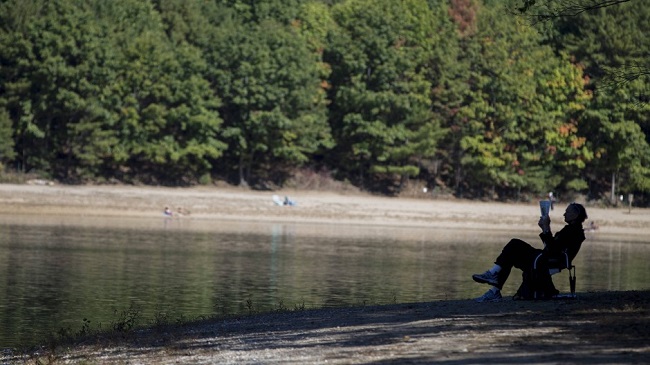 Taylor, a Wesleyan University graduate with a major in government, holds the Elliott A. Brown Green and Gold Chair in Law, Politics, and Political Behavior at the University of Vermont. His eighth book is called Lessons from Walden.

Since its 1854 Release, Walden has Established Itself as a Classic Piece of American Literature. Why is it so Captivating?

We are currently experiencing a severe, severe crisis in both democracy and the environment. Of course, this is not specific to the United States. Thoreau was the first significant American thinker to seriously consider the connection between how we organise ourselves politically and how we organise ourselves in relation to the natural world. If nothing else. I’m drawn to him because of this, and I keep going back to him.

That doesn’t mean I agree with everything he said; on the contrary. It does, however, imply that I regard him as a fundamental thinker in some ways, and that Walden is a fundamental book in that sense.

Thoreau Advocated Staying out of Politics. It was his own doing. Is that Practise Relevant to the Democracy We have Today?

BPT: Thoreau has some insightful things to say about how we can position ourselves to be both responsible and free. He believes that it’s simple to feel powerless over your life, and he adds, “Listen, it’s actually possible to regain some real control over your own life. There are ways to live modestly, learn to live on less, and develop a highly intentional way of living if you want to be free. We think that we can only change our clothes, says one of Walden’s best lines.

How can we Determine Thoreau Influence on the Modern World?

BPT: American social movements continue to be influenced by Thoreau’s teachings. The farm-to-table, locavore, and local-economy movements, for instance, are about people choosing to live less luxuriously and more freely. I believe that Wendell Berry, a famous farmer, poet, and novelist from Kentucky, is a fantastic contemporary Thoreauvian.

The idea that we need to take responsibility for the lives we lead is connected to those Thoreauvian movements. It’s very simple to lose track of how we fit into the larger world. We don’t stop to consider how our actions affect those nearby as we simply go about our daily lives, spend our money, and perform our jobs. You should consider that, according to Thoreau. Being responsible is a necessary component of being a free person.

He places a strong emphasis on the idea of neighbourliness and personal accountability. While I don’t believe he provides us with all the information we require to understand how to be a good democratic citizen, he does provide some background information. And I consider those pillars to be neighbourly. The degree of residential segregation in our society today is so great that neighbourliness no longer even comes close to Thoreau’s ideal.

I get the impression that a lot of people who are seriously considering how to solve our country’s problems today are discussing the stark and unhealthy segregations and divisions that exist in American society. I believe Thoreau understands this and offers us some advice about this neighbourliness that would be significant as a foundation and as a first step toward discovering how to deal with one another democratically.

Thoreau has been Referred to as the First Social Distancer (in Reference to the Safety Guidelines Advocated During the COVID-19 Pandemic). How Much of that Statement is True?

He genuinely believed that we should learn to be by ourselves, BPT. to relish our solitude and to have room for contemplation. Thoreau was very interested in how to educate oneself to be a responsible and independent thinker. However, relocating to Walden was not an act of seclusion.

It’s just wrong to be a “hermit of Walden Pond,” as Thoreau was known to do. He describes how crowded Walden Pond was in his book Walden. People frequently stopped by. A few times a day, trains would bomb by the other end of the pond. He was only a mile from the village’s centre.