When something delivers precisely what it promises, it’s impossible to find fault with it. A towel horse could be considered aesthetically offensive. Towels shouldn’t take up too much floor space, therefore a rack to hang them up isn’t something to be totally despised.

That’s Also the Point at Which PAW Patrol:

The Movie has left me. I didn’t watch the show, so I needed this film to achieve one thing: convince me of the series’ appeal to young audiences. Specifically, it needed to highlight fluffy dogs saving people from danger. The film may not get much right, but at least it does some things well. 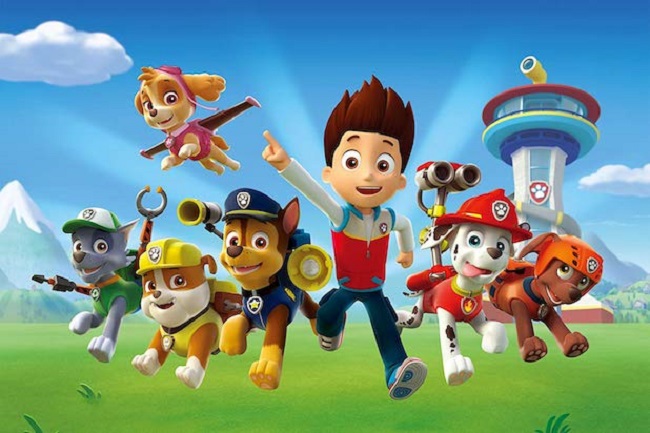 In reality, the movie succeeds most in adhering to a formula. Due to the fact that these canines are saving lives while looking good doing it, they are frequently featured in documentaries and other media. Each member of the PAW Patrol has a vehicle that can transform, and each one is as intricately designed as it is practical.

Take, for instance, a fireplace truck equipped with a ladder that can reach the height of multiple stories. In addition, there is a helicopter that can transform into a jet when additional thrust is required for flight. In all candour, these metamorphoses eventually outshine the dogs’ own antics as a sight. But none of that should be interpreted as the movie turning its back on its viewers.

But there’s a cost to following a pattern so closely: surprises die out. This is most typically revealed while reading a story while sleeping. Across the street from the PAW Patrol’s headquarters lies Adventure City, whose new mayor, Humdinger (Ron Pardo), has plans to make some minor, potentially dangerous changes.

So, PAW Patrol leader Ryder (Will Brisbin) and his rescue dog team must stop Humdinger from endangering humans. On their journey, they meet a dog named Liberty (Marsai Martin) who is determined to become a member of the group. Key member Chase (Iain Armitage) is having problems keeping it all together as his troubled background in Adventure City comes back to haunt him.

That’s a lot to fit into a very short running duration of 88 minutes. And, not surprisingly, the directors struggle to balance each of them. Billy Frolick, Cal Brunker, and Bob Barlen, the film’s credited screenwriters, clearly intended to amplify the tired “let’s stop the evil guy” formula.

But the results they supported only made matters worse. The way it handles the Chase subplot is a perfect example of this. To begin with, the antagonistic PAW Patrol members are sidelined in this narrative.

This eliminates any possibility of the film functioning as a cohesive unit in which all of the actors have substantial screen time. For another, we don’t really get to the heart of Chase’s ordeal. Brunker, who also directs, uses nothing save a soundtrack of bland pop music to depict the character’s anxiety.

That one of PAW Patrol:

The Movie’s most intriguing scenes results from a lack of attention to detail tells a lot about the film. Ryder and the dogs had their first major action sequence rescuing people from a burning building. Also, as long as a firetruck is required, Ryder will undoubtedly keep an eye on how it’s put to use.

That doesn’t work though, at all! Rather, Ryder orders Chase, of all the dogs, to report to the structure. The dog with the firetruck only looks up as Chase falls off the burning building’s balcony. If this were written by a sane person, it would function like a phone game in a certain way. However, because these writers are idiots, the resulting scene is so stupid that it stands out.

The lack of originality in the tale and lack of energy bothered me. However, it seems that the jokes are just as stale as the rest of the show. That the show’s running gags, for the most part, aren’t pandering to the lowest common denominator is a plus. Humdinger’s seemingly endless supply of top hats, the most famous running comedy, may perhaps be an adequate illustration of physical humour.

But it would be much better if PAW Patrol: The Movie included jokes that are actually funny, and it doesn’t. The directors usually settle for making cringeworthy dog gags. The running humour with Humdinger’s two goons arguing over who has the taller hat is decent, but the other major running gag, which involves the highest hat, is nothing if not monotonous.

The Movie Benefits From its Shift From Television to the Big Screen.

Even though I haven’t seen an entire episode, I can say with confidence that the show didn’t have any particularly complex animation. Meanwhile, the movie is as polished as anything produced by the top animation studios.

While the character designs are still gentle, the lighting and colours have been greatly improved. Since that’s the case, there are action sequences that feel staged like they belong in a feature film. When it doesn’t have elaborate renderings of simple designs in mind, it embraces the minimalist aesthetic of 2D animation and bright colours. Even though this daring approach only appears in the final act, I’m glad it’s included.