The holiday lasts seven days for many Israelis or Reform Jews around the world, but it lasts eight days for Orthodox, Hasidic, or Conservative Jews. 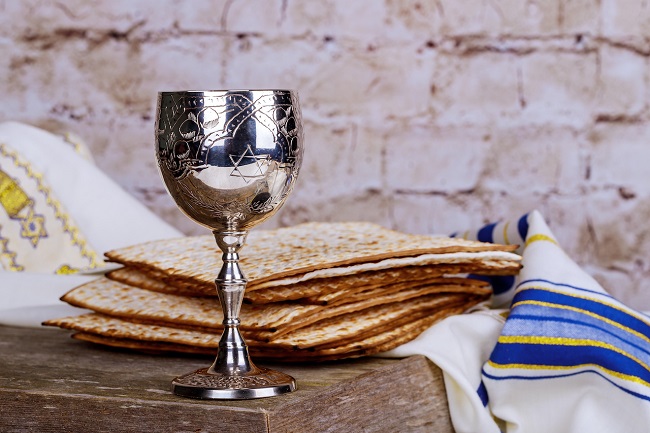 The Pharaoh gave the Israelites freedom and ordered them to leave Egypt after killing every first-born Egyptian. The Israelites moved swiftly out of concern that Pharaoh might change his mind. They were compelled to leave as a result, depriving their bread of time to rise. They brought matzah, an unleavened bread, instead. Flour and water are the same ingredients in both matzah and bread. The distinction between the two is that bread must be allowed to rise and develop unattended before baking.

The Seder is a meal that incorporates singing, eating, drinking wine, telling stories, and other Passover customs. The Haggadah is the name of this ceremony’s written manual. A book of scripture called the Haggadah lists numerous customs, blessings, and prayers. The five components of a Passover seder plate are: roasted egg, shank bone, charoset, bitter herbs (horseradish), and greens (parsley).

Horseradish is a representation of the bitterness of slavery.

In the past, the lamb sacrifice was represented by the shank bone. Apples, nuts, sweet wine, cinnamon, and sugar are combined to make charoset, which stands in for the bricks crafted by Hebrew slaves.

Greens are dipped in salt water to symbolise the ancestors’ tears and serve as a symbol of growth. Parsley is the most typical green found on a seder plate.

In order to welcome the prophet Elijah, it is customary to pour a cup of wine known as the Cup of Elijah after the Seder’s Grace and open the front door of the house. The Jewish people warmly welcome Elijah for a variety of reasons.

One example is that the Passover night is described in the Torah as the night when God spared the Jewish people from the plague that killed all of the Egyptian firstborn. Jews were protected and spared on this particular night. Jews express their faith in God’s protection by opening the door.

Every sacred ceremony in the Jewish faith involves drinking wine, according to tradition. At the bride and groom’s wedding, bar mitzvahs, and circumcisions, wine will be served before the couple.

However, during Passover, Jews spill wine because of certain words said at the seder that they don’t want to be consumed. They do this to symbolise the affliction of the Egyptians, remember the 10 plagues, and declare that they will not be “drinking to” the suffering of other people. Jews thus read each plague and then spill a bit of wine after it.

Three matzah pieces are piled on top of one another at the table to start the seder. The person leading the seder divides the larger half, known as the afikomen, from the middle of the three matzot and sets it aside. The afikomen is a matzah piece that is wrapped in a cloth and hidden for dessert during the seder. Afikoman means “that which comes after” in English. After the seder, parents traditionally hide a piece of matzah for the kids to find.