Cats are something you’re quite familiar with. But have you ever heard of Munchkin cats? Don’t be concerned! In this piece, I will address your concerns.

Munchkin cats are similar to the cats that we either own or see roaming around our homes. They are distinguished from other cats by a spontaneous genetic abnormality that causes them to have short legs. 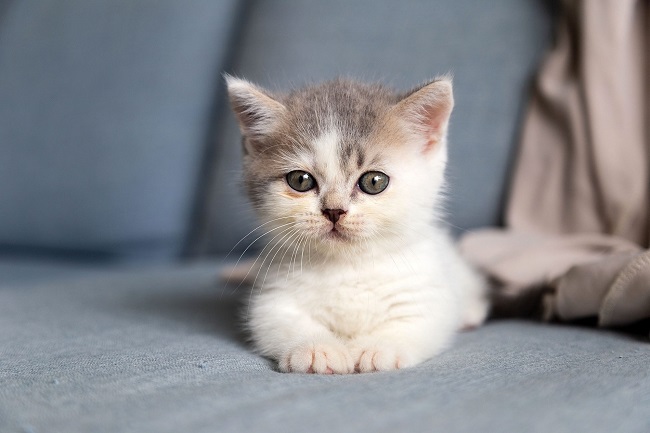 Like the hairless sphynx cats you’ve seen. They are also distinct from regular cats, which is why some people find them attractive while others despise them due to their appearance. The appeal, however, will treat them as regular cats.

What Are Munchkin Cats and How Do You Care For Them?

We have supplied you with a lot of information on a cat breed known as Munchkin cats in this article. We’ve also talked about their mutation histories, diets, nutrition, health issues, and some other important details.

Munchkin’s small legs are a natural feature. This trait is not caused by human activities. In the 1940s, a veterinarian in the United Kingdom identified a generation of short-legged cats that had lived at the time but had completely vanished by the end of World War II.

She had a litter of kittens, half of which were short-legged and the other half were long-legged. One of them, a male short-legged kitten named Toulouse, was given to Kay LaFrance.

These Munchkin cats have two ancestors: Blackberry and Toulouse. In 2003, the International Cat Association granted the breed championship status.

It is always fatal when two short-legged cats mate. During the early stages of development, the embryo dies. Munchkins usually breed with regular cats, and their progeny have a 50/50 chance of having short or long legs, indicating that the offspring could be Munchkins or regular cats. It is completely dependent on the gene.

Munchkins are sometimes said to as “ferret-like” because of their habits of playing with toys, running, and chasing. They also sit on their hind legs like rabbits.

These Munchkin cats are descended from regular cats, which explains why they have a lot of personality traits in common with regular cats. Many Munchkin fans have described them as gregarious, caring, and fun.

Your Munchkin cat’s coat will need to be groomed. As you may be aware, they have shorter legs, which makes self-grooming in various regions of their coat quite difficult. That is why it is recommended that you groom them on a regular basis.

If your munchkin cat has short hairs, brush it once a week; if it has long hairs, brush it twice a week. Matting and hairballs can be avoided by brushing the hairs on a regular basis.

Munchkin cats don’t mind having short legs. They don’t have any problems running and climbing because of their tiny legs. In comparison to other long-legged cats, they are unable to jump from great heights.

They climb and jump like regular cats from a normal height, so you can get a cat tree for your munchkin cat so it can safely reach new heights. You should spend some time with these cats every day because they are so active and curious. Encourage them to interact with interactive cat toys.

Munchkin cats’ personalities differ from those of other domestic cat breeds. Because these cats get along with other cats and older children, it’s fine to let them play with them. Just make sure there aren’t any infectious or diseased cats around.

You are welcome to bring some other kitties home with you. There isn’t any problem. If you don’t want your cat to reproduce, spay or neuter it.

Due to the tiny legs of Munchkin cats, no health issues have been discovered in senior cats as a result of several investigations.

When these cats are treated with excellent immunisation, preventive, and care from the veterinarian, their lifespan is projected to be normal. As you may be aware, these cats are nearly comparable to other domestic cats, therefore any of the following illnesses are possible:

Hyperthyroidism is a hormonal imbalance that causes pancreatic inflammation.
Uremia is a condition that affects the kidneys.
It is a disorder of the lower urinary tract in cats.

Lymposarcoma is a common malignancy that primarily affects dogs and cats of all breeds.
Nutrition and Diet

Munchkin cats are regular-sized cats with normal mass and size, and their shirt legs have no influence. Although wet food is the ideal diet to provide them, you should also give them some dry foods as a snack.

Keep in touch with your veterinarian to learn more about your cat’s specific requirements. If your cat is elderly, obsessive, or diabetic, you should take extra precautions. To avoid illness, always provide them with clean, fresh water.

Let’s take a look at the five lesser-known facts about munchkin cats:

Have you ever wondered where the term “mungkin” came from? It was inspired by a munchkin figure in “The Wizard of Oz,” in which a Louisiana schoolteacher discovered a couple of pregnant kittens living beneath her car in the early 1980s. These two cats are thought to be the ancestors of munchkin cats.

2. Take a Seat in Nature

A natural seat is included with many munchkin cats. They, like prairie dogs, have the capacity to pearcg on their hind legs, giving the impression that they are sitting on a seat.

Their hind legs are slightly longer than their front legs, which accounts for this trait. Similarly, in the 1950s, there was a short-legged cat termed “Stalingrad kangaroo cat” because it sat on its haunches.

3. No two munchkin cats are alike

Munchkin cats are known for their tiny legs. However, did you know that not all munchkin cats have short legs? Munchkin cats’ leg lengths come in three different sizes: “rug hugger,” “ultra short,” and “regular.” The rug hugger is the shortest of the bunch.

If the munchkin cats were not born with the trait of having two different alleles of genes in one cell, they would have standard legs. Heterozygous genes are those that have two copies of a gene. It’s possible that the cat has an autosomal dominant gene if its legs are shorter.

Munchkin cats are identical to regular cats in every way. Some people believe that because of their diminutive stature, these cats are immune to spine problems, however research has shown that cats do not suffer from spine or bone problems.

The only difference is that they have small legs and are unable to jump as high as other cats with long legs.

These are some of the most common health problems in Munchkin cats, according to Nationwide Pet Insurance.

Many people are still unaware of another cat breed known as Munchkin cats. They look like regular cats, but they have small legs, which distinguishes them from other cats. As a result, we have supplied you with comprehensive information about munchkin cats in this post.

We’ve tried to include everything you need to know about them, including their food, health difficulties, care, and mutation history.

Some individuals wish to domesticate these Munchkin cats, while others want to learn more about them. As a result, we now have a comprehensive description of them. Please take a look at it.