This weekend in Antwerp, Belgium, the Indian men’s hockey team will face off against Belgium in a doubleheader for the FIH Pro League 2021-22 at the Sportcentrum Wilrijkse Plein.

India and Belgium each have four games left in the current FIH Pro League season.

After a phenomenal home leg, India led the FIH Pro League points standings. However, the Netherlands have now moved into first place. The Dutch have 28 points after 10 games, while India has 27 after 12. 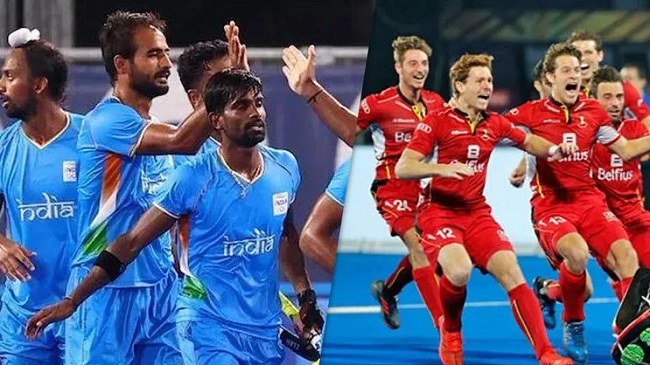 Bronze medalists at the Tokyo 2020 Olympics India’s most recent encounter was in April, when they swept a youthful German team. Before leaving for Europe, the Indian team camped out in Bengaluru.

On the other hand, Belgium is ranked below India in third despite having the same number of points as India through 12 matches (27), due to a worse goal differential. India currently has a +24 goal differential, while the hosts are at +21.

In the Olympic semi-finals in Tokyo, India and Belgium last competed against one another. The score ended in a 5-2 victory for Belgium.

The Indian hockey team is led by experienced veterans such defender Amit Rohidas and his deputy, Harmanpreet Singh, who is the leading goal scorer in the FIH Pro League 2021-22 season with 16 goals.

Manpreet Singh, Shamsher Singh, and Nilakanta Sharma man the middle, while goalkeepers Suraj Karkera and PR Sreejesh man the posts. As a result, Lalit Kumar Upadhyay, Abhishek, and Shilanand Lakra will be in charge of the offensive line.

Information About When And Where to Watch India vs. Belgium in the Upcoming 2021-22 Season of The Men’s FIH Pro League.

Where Can I Watch The India vs. Belgium Men’s FIH Pro League 2021-22 Game Live in India?