How to Reduce Airborne Mold Spores

Mold is a complete nightmare for many homeowners. Spores in the air can also wreak havoc on people’s allergies and cause a wide range of unpleasant symptoms, making it difficult to detect early and difficult to eradicate.

Fortunately, there are a number of simple ways to lessen, get rid of, and avoid mould spores in the air. 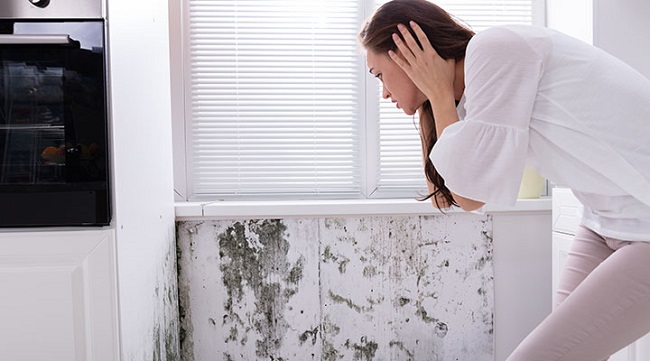 Method 1: Cleaning the Air in Your Home

In enclosed areas and rooms with a lot of moisture, like the basement, look for fuzzy stains that are black, green, or white in colour to identify visible mould.

To eliminate mould on tile or other hard surfaces, such as glass, use a spray-on mould remover. Consider getting professional assistance if there is mould on surfaces like drywall that are more challenging to clean.

Using an air purifier is the only way to effectively kill mould spores in the air. Place purifiers in every room of your home for the best results to ensure that the spores are killed as effectively as possible.

A good air purifier is available at most big box stores and home improvement stores. For optimal results, carefully adhere to the air purifier’s instructions.

Use HEPA (high efficiency particulate air) filters on your air purifiers so they can capture more than 99 percent of the airborne particles.

If mould growth inside the home isn’t the source of the airborne mould spores, they are probably entering from the outside. Put HEPA filters on your windows and air conditioners to keep outside spores out of your home.

To prevent mould from growing in the drain lines and drip pans of the air conditioner, make sure to keep them dry and clean as well.

If you reside in an area with high humidity, pay close attention to your windows. Inadequately insulated windows can accumulate a lot of condensation, which makes them very hospitable to mould, while open windows make it simple for mould spores to enter the building from the outside.

Your home’s damper areas are more likely to develop mould than others. Keep an eye out for any indications of excess water in these areas, such as leaks and flooding, and act quickly to address these problems to stop the growth of mould.

Ensure that you dry out any spills or leaks you encounter within 24 to 48 hours. In areas with even slight amounts of excess moisture, mould can spread quickly.

Beware of mould growth in these spaces, which is frequently found on old papers, bedding, and clothing.

Keep an eye out for leaky pipes under sinks because they can produce damp environments that are ideal for the growth of mould.

Since basements are frequently among the dampest parts of the house, mould growth there is a persistent issue. To avoid moisture buildup and the development of mould on the flooring, keep carpeting out of the basement.

Since concrete and linoleum don’t absorb moisture as well as carpeting does, you might want to use them as flooring in the basement.

Mold is especially suited to growing on organic materials like dead leaves and branches. Cleaning out your gutters will stop mould from growing in them and spreading inside your home.

A roof leak brought on by clogged or damaged gutters can easily result in mould growth in your home, so make sure water can flow freely through your gutters.

Since mould prefers moist environments, getting rid of extra moisture in your home will help to significantly lower the amount of mould spores in the air. To lessen or stop the growth of mould, install dehumidifiers in problem areas or rooms with visible mould.

You can also use a whole house dehumidifier connected to your central air system if you’re not sure which rooms the mould is coming from.

Dehumidifiers should only be set to 50% humidity or less; any higher will promote the growth of mould.

Take action to remove excess moisture after routine activities like bathing or doing the dishes in addition to responding to significant spills, leaks, and floods because even minute amounts of water can promote the growth of mould.

After a shower, dry the walls and floors of the bathroom.

Keep an eye out for condensation on windows; dry them out right away and find the source to stop mould growth.

Install exhaust fans in the kitchen and bathroom to remove moisture from these trouble spots. Ensure that the fans are installed so that they exhaust outside the house.

Particular attention should be paid to ensuring that appliances that produce moisture, such as stoves and clothes dryers, are ventilated and do not vent into your attic.

When cooking or taking a shower, opening a window will also help to remove extra moisture.

Don’t put wet shoes or clothes in the closet if you’ve just come inside from the rain or through soggy grass. Make sure they are clean and mold-free before bringing them inside from the outside once they have dried.

If at all possible, hang these items to dry in areas with good air flow for the best results.