There are a number of Alpine skiing events at the Olympics that go beyond seeing who can descend the mountain the fastest without colliding or veering off course. Slalom, downhill, super-G, and combined alpine events are all physically demanding. Here are some details on how each form differs from the others. 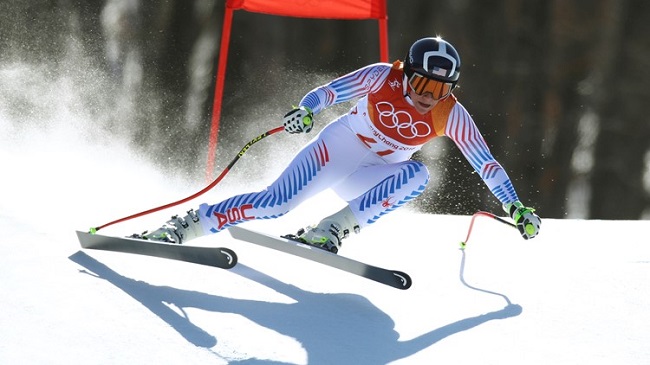 The slalom is the alpine skiing event with the shortest course. It has the most turns as well. Skiers must make their way between each gate. A time penalty for missing a gate entirely or cutting a turn too close could mean the difference between winning a gold medal and not winning one at all. Two runs down the slalom course are made by each skier.

In essence, it is what it sounds like. The gates are farther apart and the slalom course is longer. This contest also has two runs.

Get down the course as quickly as you can to win this competition.

Although there are gates outside, their primary purpose is to mark the course’s route. Skiers take care not to touch them because doing so would slow them down. This contrasts with slalom and giant slalom, where skiers concentrate more on making precise turns around the gates and frequently hit them.

A super-G slalom is a giant slalom. It combines the downhill speed with the intricate turns required for giant slalom. The gates are more widely spaced, but the course is windier than the downhill course. This allows the skiers to accelerate.

The downhill run and the slalom run for the alpine combined are both finished on the same day. While a super-G course can be used for the downhill.

In 2018, the mixed team competition debuted. Men and women skiers compete against one another in identical slalom courses as they descend side by side. Teams are eliminated after each round until the medal winners are determined.