Dragon Age: Inquisition is an action role-playing video game developed by BioWare. The gameplay of Dragon Age: Inquisition is very much like its predecessors, and the players control their customised inquisitor. Furthermore, it was launched worldwide in 2014, on various platforms such as Xbox 360, Xbox One, PlayStation 3, 4 and Microsoft Windows. In recent times, Dragon Age Inquisition Won’t Launch a problem in Windows 10 has emerged with the game. The game finds trouble when trying to launch it and does not seem to start. Even when trying to run the executable multiple times, the game does not launch.

There may be one or more reasons for the inability of the game to launch in Windows 10. For instance, if the game has not been given certain administrative privileges that it needs for smooth functioning, it might not run; or, there might be a missing or corrupted game file that may be causing the issue. It is also plausible that the full-screen optimisation feature of Windows might be obstructing the game from launching. 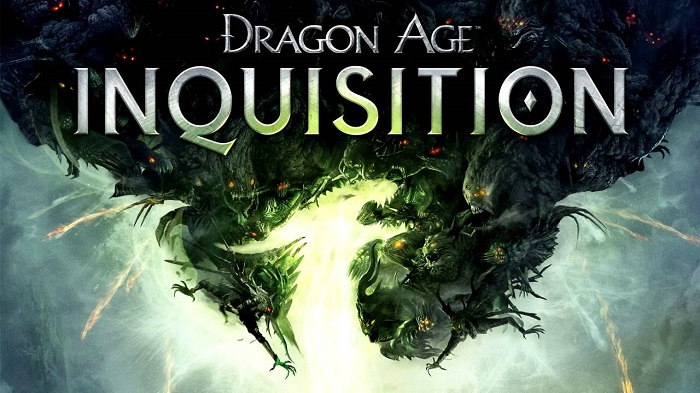 Another reason that could prevent the game from launching is that the Direct X or VC Redist version in your computer might be clashing with the game. Sometimes, the antivirus software blocks specific applications that it assumes might cause damage to the PC. Also, if the game isn’t compatible with the version of OS on your computer, there is a high probability that it won’t run. Whatever be the reason, here are six different ways to eliminate the issue, and get the game running on your Windows 10 PC.

This method is useful when a background program is somehow blocking the game from running. These might be some Windows services or other applications, but can easily be removed by performing a clean boot.

Step 1: Firstly, log into your computer as an admin. Then type ‘msconfig’ on the search bar.

Step 2: Secondly, select the services tab. You will find a checkbox with the option to ‘hide all Microsoft services’. Check it.

Step 3: Thirdly, click on the ‘Disable all’ option. It disables all the applications running in the background.

Step 4: Lastly, go to the task manager by clicking on ‘ctrl + alt + delete’ buttons. Navigate to the Startup tab to make sure all applications are disabled.

Step 5: If still any program is running, right-click on the program to disable it.

Step 6: Now reboot your computer and click on the executable of the game to see if the Dragon Age Inquisition Won’t Launch issue has been eliminated.

Verifying Game Files can be the key to solving the issue. Since all the game files are necessary for the proper running of the game, if even one of the files is missing or corrupt, the game won’t run. To verify game files, follow the given steps-

Step 2: There is a ‘Game Library’ option on the left pane and click on it.

Step 3: You will find ‘Dragon Age’ inside the tab. Select ‘Repair Game’.

Step 4: Your game files will be verified and replaced if any of them are missing or corrupt.

Step 5: Now run the game to see if it works.

As discussed above, if the version of Direct X or VC Redist conflicts with the game, it can tamper with the proper functioning of the game. To solve this issue, we need to re-install Direct X and VC Redist, through the following steps-

Step 1: Find the ‘redist’ directory in the installer of the game. You can directly go to ‘C:\Program Files (x86)\Origin Games\Dragon Age Inquisition\__Installer\directx\redist‘.

Step 2: Now run the DXSetup.exe and replace the previous version.

Step 2: Run all the VCRedist.exe executables.

Sometimes Windows blocks the game from accessing certain files or services due to which the game is unable to run. To prevent this, certain administrative permissions need to granted to the game to allow it to run smoothly.

Step 1: Right-click on the game executable in the game installation folder.

Step 2: Select ‘properties’ and navigate to the ‘compatibility’ tab.

Step 4: Now run the game and see if the issue has been resolved. If not, then you can check out the other solutions.

The Full-Screen Optimization feature of Windows improves your PC performance during gaming sessions and run the game on a borderless fullscreen. To run the game, we can try to disable the optimisation feature by following the given steps-

Step 1: Open the game installation folder and right-click on DragonAgeInquisition.exe.

Step 4: Now run the game and see whether it works.

There are certain applications that do not work with a particular version of a given operating system. It might as well be the problem with Dragon Age: Inquisition. It might be that the framework of Windows 10 does not support the game, and hence it finds trouble running. To get rid of the issue, we can use the Windows troubleshooting tool to determine the best version of Windows 10, to get the game running again.

Step 1: Open the game installation folder by right-clicking on the game icon on the desktop and selecting ‘Open file location’ — Right-Click on DragonAgeInquisition.exe.

Step 4: This is where Windows itself determines the best OS version, in which the game can run in compatibility mode.

Step 5: Select ‘Try Recommended Settings’ and click on the test.

Step 6: Save the changes that you made and exit. Now try rerunning the game and see if this works.

For most of the cases, the steps given above might do the trick and get the game up and running. However, if the game still does not run, there are certainly other solutions that you can put to use to see if they might help. For instance, it might be the case that your antivirus is blocking certain aspects of the game, which might be the cause of the game, not launching. In that case, setting an exception in the antivirus software seems the best bet. You can also try updating your Graphics Driver to see if that solves the problem. If needed, you can also try some repair tools that might help to fix the Dragon Age Inquisition Won’t Launch issue.