Judith has been a part of The Walking Dead for some time, though as a baby she spent a lot of that time in the background. Nonetheless, the writers have been giving her a bigger part in the Alexandria subplot ever since the major time skip at the start of Season 9. Fans of The Walking Dead are concerned that Judith, who is now a main character, would perish in Season 11 because it is the series’ final season. 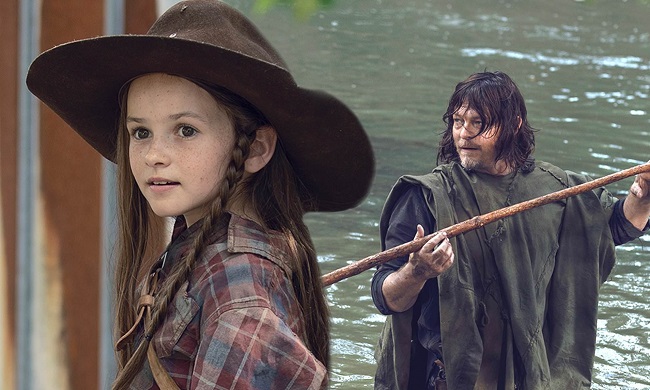 In the Eleventh Season of The Walking Dead, Does Judith Perish?

As of Season 11 Episode 5 of The Walking Dead, Judith is still among us.

In the last 10 seasons of The Walking Dead, we’ve seen a large portion of the core cast either die or leave. Even though she’s only ten years old, Judith has joined the likes of Carol and Daryl as two of the show’s longest-running regulars. Her first appearance was in Episode 4 of Season 3 of The Walking Dead, titled “Killer Within.” She was born during their time in prison, before the conflict with the Governor erupted.

Rick and Lori Grimes’ daughter is named Judith. Her mother Lori perished during childbirth, hence she is a member of the earliest post-apocalyptic generation. By season eight, she is barely a toddler, therefore she plays a minor role for most of the show. Because of this, she was frequently overlooked because she was obscured by furniture or a toy while not sitting on someone’s lap.

Cailey Fleming, who currently portrays Judith at the age of nine, made her debut in “What Comes After,” the fifth episode of Season 9 of The Walking Dead. She has since become an integral aspect of the Alexandria narrative.

We currently assign Judith a low risk of dying. Most writers dislike killing off young characters, and as of Season 11 Episode 5, Alexandria is in relatively safe hands. The town’s walls do a respectable job of protecting the populace, despite the insufficient food supply. Unfortunately, the walls of Alexandria have seen better days, and Judith has been the target of abuse from the city’s older youth.

We anticipate that Judith will be put in the position of standing up to the more senior bullies. Consequently, she may end up killing one or more of them, setting in motion the cycle of violence that Rick and Michonne were hoping to shield her from.