The upcoming death of Stephanie Forrester (Susan Flannery) from The Bold and the Beautiful, who will pass away from cancer early next month, is inspiring some incredibly thought-provoking and unexpectedly upbeat TV.

And a big part of the credit for that goes to John McCook, the adored soap opera veteran who portrays Eric McCook, Stephanie’s steadfast husband and soulmate. We got his opinion on this tragic story and discovered he’s amazingly happy about it! 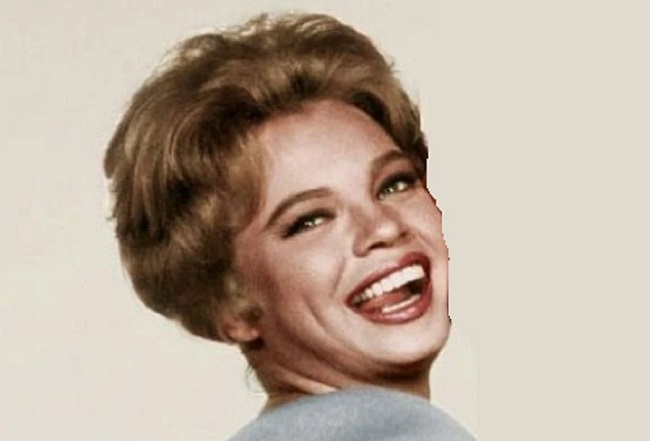 Don’t You Think That this is Just as Much Eric Story as it is Stephanie?

McCook: Indeed! I went to [executive producer] Brad Bell and said, “Susan is retiring from the role,” as soon as I first learned of it “What are our plans? What shall we do with this? What will transpire to me?”

[Laughs] Since I’m an actor, of course, everything is about me! But Brad is refocusing B&B in a fresh, really exciting direction by using this terrible loss. Of course, as the days pass, everyone is watching Stephanie deal with this, but as time passes, it largely becomes Eric’s story, and I’m so glad to have it.

How Long Can Lobsters Live out of Water Both for our show and for me personally, this is a significant change. Even in business, Eric has somewhat been in Stephanie’s shadow in recent years.

[Laughs] even while weeping! She won’t even allow him to express his grief. From the catbird seat, she is in charge and instructing everyone on how to feel depressed. Eric will, however, reclaim his power.

Which Meaning? Will he Assume Leadership of Forrester Creations?

McCook: He’s definitely ratcheting up the pressure! He will be given more responsibility as a disciplinarian and mentor to these young people who are talented and creative but lack the gravitas to run a global company.

They are too preoccupied trying to snooze on Eric’s desk! He will now begin teaching them how to run a corporation, and filming that has been a lot of fun. Working with these young actors has me so enthused that I have picked myself up by my bootstraps. It’s amusing. I was asked, “Is the loss of Susan Flannery the beginning of the end for your show?”

by one of the foreign journalists who covers B&B. I said, “You stop there right away! The first 25 years have come to an end now. Only the beginning has just ended. There is a new beginning right now.” However, for the time being, Susan and her wonderful personality are the centre of attention.

We are overjoyed to celebrate and honour who she is. [Laughs] The entire CBS building is aglow with Susan Flannery splendour! I’ve lost so much because of this. You find it difficult to comprehend. I’ll still be asking where Susan is when I arrive at work in two or three months.

A Lavish Farewell Party will be Thrown by Eric for Stephanie [To Air Nov. 9 and 12–13]. What Lies Ahead?

McCook: It’s an outrageously hysterical Irish celebration of her life. We have these lovely Irish dancers who get us all up on our feet dancing the Riverdance thing after Eric goes out and hires the group Celtic Woman to entertain.

It’s wonderful! In my opinion, soap operas generally don’t handle character deaths or the disappearance of prominent figures like Ridge very well. It has a propensity to be brushed aside and discussed later. In Stephanie’s case, however, we are doing it correctly! When a character is lost, the audience laments, and if the show doesn’t lament as well, the opportunity is lost.

There has always been a matriarch and patriarch on this show, but our matriarch is about to leave. I’m hoping we’ll approach it realistically and lament the loss for a long time.

You had a Son Together with the Actress and Former Spouse Juliet Prowse, Who also Passed Away From Cancer. Do you feel as though Your own Life is being Replayed?

McCook: It’s very strange. I hadn’t thought of that until you brought it up now. It’s been a while since Juliet passed away. Before she was told she had pancreatic cancer, we were married for eight years and got divorced about four years later.

But despite everything, our relationship remained strong, and as things deteriorated, I made a point of visiting her frequently with our son. I wanted her to know that her family would continue to support and love one another because I knew it would give her great comfort. Stephanie and Juliet shared a lot of similarities.

Near the end, she declined receiving additional medical care, stating, “No, I want to be at home and with the people I love.” She was a strong woman who, while dancing, could perform two shows a night despite having a torn hamstring. She was also very matter-of-fact when it came to fatal illnesses. “Okay, everyone, please relax. Let’s start organising. Be realistic about this, please.” Once more, identical to Stephanie Many people are not like that.

They either freak out and are afraid of dying, or they avoid having an open and honest conversation with their loved ones. I believe that by watching Stephanie’s demise, our audience will gain a great deal of knowledge.

How was it to Film Susan in Your Last Few Scenes?

McCook: We couldn’t help but get very emotional because she has been my TV wife for 25 years, which is almost as long as I have been married to my real wife [actress Laurette Spang]. After all, we allowed ourselves to feel all those emotions despite the fact that we were losing each other as actors as well as characters. Susan was outstanding as usual. Playing it was a huge thing.

Having Stephanie pass away is such a horrible and dark thing, but we’re bringing light to every scene. On soap operas, you typically pull up a chair to the hospital bed. This is far superior to that. This exit won’t be on a deathbed!

You’re the Kind of Showman Who was made in a Trunk. Can You ever Picture Leaving Bed and Breakfast?

McCook: Oh no way! [Laughs] I consistently tell Lauren, “He’s dead, they’ll say when they call you from the B&B one day. Please bring him!” On our show, I want to be the extremely elderly man. It’s my dream to be Macdonald Carey.

I do not want to give up. An actor has no reason to give up! The camaraderie on set, all the trash talking with the crew, and the excitement of a job well done, I think Susan’s going to miss this like crazy. No matter what’s wrong with me, I want to keep showing up for God’s sake. a very bad limp? stomach issues? Puh-leeze. I’ll act up until I can’t anymore!