Who doesn’t like watching movies? In today’s contemporary and modern world, it has almost become a necessity to watch movies to get your mind off things a bit. On the internet, there are various different sites that cater to this need of every individual. In the earlier days, it so used to happen that people used to invest their time on movies that aired on the TV, which kind of made us all bound to only the movies that the cable service provider aired. Now though the world has changed. 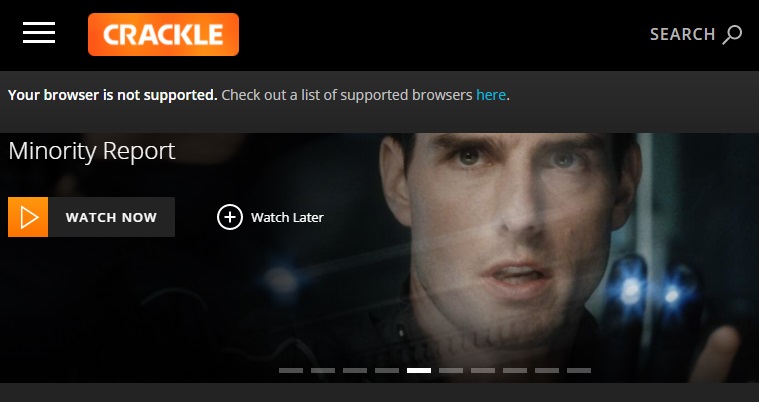 There are many sites and applications out there that are god sent for every film fanatic out there. One such site is Crackle. Crackle is a venture of Sony Entertainment which is basically a video streaming platform. This platform is free of cost and streams movies, TV, and online programming that is used changed on a monthly basis. Though Crackle TV has ads that you will have to bear but the platform on its own is pretty decent to operate and use.

Although if you’ve used Crackle before and didn’t like it or you just hate ads, we have an alternative ready for you! In fact, seven alternatives. Following is a list of sites that are similar to Crackle:

Hulu is a big name in the online video streaming industry. Some of you might have undoubtedly even heard of its name and know what the platform stands for but for those who are new to the name of Hulu, here is a brief on the same. Hulu provides a plethora of movies and videos that you can stream in real-time and watch content that matches your needs and requirements. This site contains some of the most famous TV shows and movies that are streamed by millions of people on a daily basis. Hulu is a top-notch site and we would definitely recommend you check it out.

Netflix has grown to become one of the biggest platforms of all time. It is one of the most influential video streaming applications there is. Many movie directors have shifted from big-screen movies to Netflix to air their content solely because of the popularity of the site. It is common knowledge that Netflix requires a subscription form in which you can log in to your account and watch your favorites. The subscription plans depending on how much of the screen is going to be connected along with how many people, which gadget is being used to stream it, etc. The best thing about this application is that you can stream it from anywhere, your phone, laptop, PC, TV, etc.

If your television is equipped with handling HDMI output, you can watch Full Classic Moves application in your living room. This site, as the name suggests, has a plethora of classic movies that can be seen by the audience. The genre range on this site is very big. It caters from romantic to horror, sci-fi to comedy. You name it and the site has it ready for you. The site Full Classic Movies also has an application that is equipped to be used by both, iOS and Android users. It’s a good site and we believe that it is a gold mine for people who love watching old movies.

Blockbuster is a good alternative site for Crackle. The site not only caters movies to its audience but games as well. Blockbuster is pretty famous among gamers as they can connect to their favorite games and play in real-time. The site also claims to have a huge virtual library of movies that you can choose from. Apparently, the list goes up by more than a million. Also, you can count on this site to get you the newest and the latest movies before any other site, even Netflix or Hulu.

Before you wonder and beat yourself with it, we are going ahead and clearing it out. Amazon Instant Video and Amazon Prime are two different things. The former is available to everyone, without differentiating if you are a paid member or not. While on the other hand, the latter is a paid site of Amazon that only its Prime members can access. The site not only provides online streaming of movies and other videos but also offers instant streaming for various technology platforms like Blu-ray, Roku, etc.

To all the people that love the HBO GO channel, this one is for you! This alternative of Crackle is pretty famous and millions of people enjoy this across the globe. This online video streaming service provided HBO’s original shows, movies, sports, etc. all in full HD and from anywhere! This aptly suited its anagram ‘Its HBO. Anywhere’.

Vudu is yet another good alternative for Crackle. It claims to air new shows before they are on other big platforms like Netflix. It is popular for its good content which ranges from the newest movies to the classics. We definitely recommend you check this site and see for yourself.

In conclusion, Crackle is an amazing video streaming platform that satiates every film fanatics wildest dream movies. Other sites like Hulu, Netflix, and HBO Go further reincarnate more dreams of the same sort. We hope the article was helpful to you in one way or another. We bid you goodbye, until next time!