APC Index Mismatch has been identified as the root cause of frequent BSOD crashes experienced by some users. The vast majority of impacted customers claim that the BSOD crashes happen for no discernible reason.

The APC Index Mismatch in the dump file is usually indicative of a hardware problem following a Blue Screen of Death (BSOD) crash, although this is not always the case. 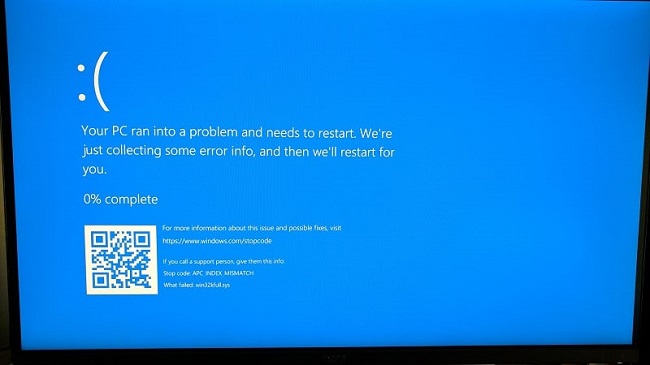 Some users have reported that playing games or engaging in other resource-intensive activities typically triggers a Blue Screen of Death (BSOD) APC Index Mismatch crash for them.

What Causes an APC Index Mismatch BSOD on Windows 10?

It is possible that any driver on your system is to blame for this BSOD, however audio, printer, or graphics card drivers are often blamed online. This is because an asynchronous procedure call (APC), a sort of data request made while your PC allots system resources.

It iis related to a failed bug check when a driver or system file returns an inaccurate value. For most users, the issue can be resolved by removing or replacing the offending drivers.

How to Fix APC Index Mismatch on Windows 10

Here are method for Resolving the APC Index Mismatch in Windows 10 1. Examine your RAM.

Even if you don’t think it, a hardware issue may be the source of the APC Index Mismatch problem.

Overclocking your CPU, GPU, or RAM might cause crashes; reverting to the factory settings may restore stability.

Fixing the issue could indicate that excessive overclocking was the root of the problem. Again, try to raise the frequencies gradually, but by no more than a small fraction at a time.

Fixing the Blue Screen of Death caused by APC Index Mismatch when using a webcam in Skype on Windows 10 is a breeze. It’s as simple as installing all of Windows’ outstanding updates.

The APC Index Mismatch Skype problem was initially caused by a Windows update that had a flaw. Thankfully, Microsoft quickly released an update that solved the issue, first with a Fast Ring build and then, as of the beginning of 2018, with a regular Windows Update.

Pressing the Windows key plus R will bring up the Run box, where you may access the Update your version of Windows 10 menu.

Then, to access Windows Update, press the Enter key after typing “ms-settings:windowsupdate.” Select Check for updates, then follow the on-screen instructions to complete the update installation.

The frequency with which your computer needs to restart depends on the number of updates still waiting to be installed.

A BSOD, or Blue Screen of Death, occurs when Windows has a catastrophic malfunction and must restart. The Blue Screen of Death (BSOD) can occur for a variety of reasons, including faulty software or hardware, missing or corrupted files, or even malicious software.

The terms of BSODs, such as “unexpected kernel mode trap,” are too technical for most people to interpret and can appear at any time.

An APC Index Mismatch Blue Screen of Death is just as bad, but it typically indicates driver or hardware trouble.