Although the 1935 one dollar silver certificates are widespread, there are various seal designs and variants that can be valuable. There are three types of seals: blue, brown, and yellow. 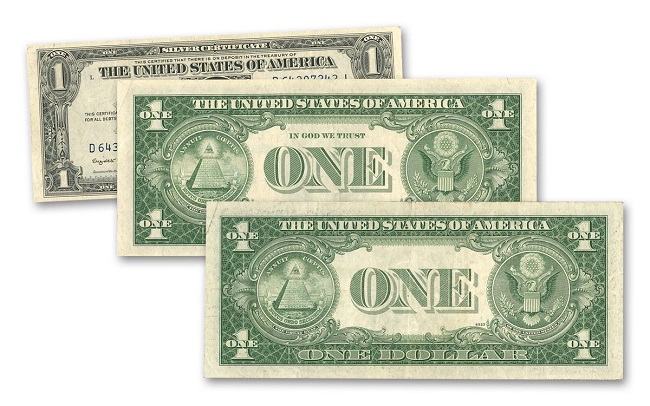 The red R and red S experimental notes, the brown seal Hawaii notes, and the yellow seal North Africa notes are a few other uncommon varieties.

What Is the Value of Your Bill?

Overprint notes with a star before or after the serial number are known as star notes. Despite being more uncommon, a lot of them were still made. However, there are a few valuable rare series.

In very fine condition, the Common Series Star Notes are worth between $7 and $12. Bills with an MS 63 grade cost about $30 when they are uncirculated.

Star notes from the 1935 series, 1935A series, and 1935B series are more expensive. In uncirculated condition, each of those star-shaped notes will be worth more than $100.

Any of the below rare varieties will be worth much more.

The 1935A WWII note is another name for the 1935A Hawaii $1 note. Both the left side of the bill and the entire back are prominently printed with the word Hawaii. Each note is sealed in brown.

Less uncommon than some of the other 1935A variants is the North Africa $1 note. During World War II, the US military received this note. Because the paper is darker and the seal is yellow, it is simple to identify.

The series and condition of a given bill will ultimately determine its value. Because standard notes are so widely used, their value is low. However, if you have a particularly rare variety, your bill might be quite valuable. To keep rare bills safe and secure, we advise placing them in currency holders.